The largest city in the United States of America since 1790 with a population of more than 8 million people. 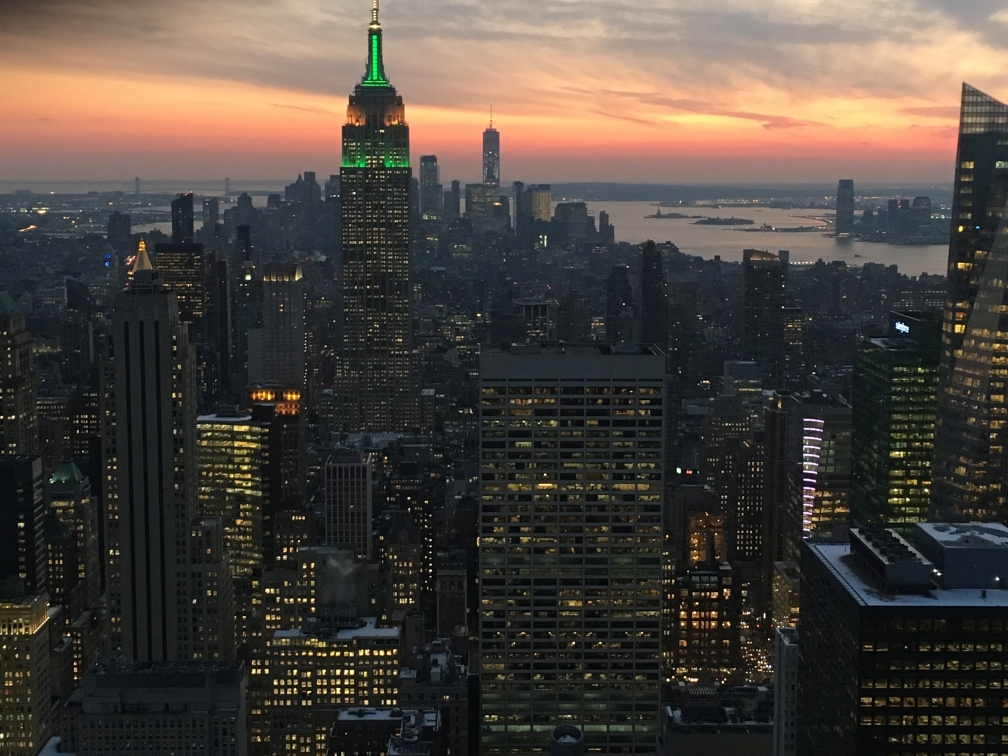 New York City is an enormous city. Each of its five boroughs is the equivalent of a large city in its own right and may itself be divided into districts.

It lies at the mouth of the Hudson River in the southernmost part of the state, which is part of the Mid-Atlantic region of the USA.

Brooklyn is New York City's most populous borough with 2.5 million residents, and second largest in area. It is also the western most County (Borough) on Long Island. Since 1896, Brooklyn has had the same boundaries as Kings County, which is now the most populous county in New York State and the second most densely populated county in the United States, after New York County (Manhattan). Brooklyn was an independent city until its consolidation with New York City in 1898, and continues to maintain a distinct culture, independent art scene, and unique architectural heritage. Many Brooklyn neighborhoods are ethnic enclaves where particular ethnic groups and cultures predominate.

New York shines in all seasons. Spring and fall, with their mild temperatures and disarmingly beautiful blossoms and foliage, are optimal times for strolling, which you’ll do a lot of here. Summer brings stifling heat and sizzling pavements but other rewards aplenty, from outdoor concerts and festivals to crowd-free weekends, reduced hotel rates and perfect opportunities for side trips to the seashore. Finally, while winter can be chilly, it’s nothing that can’t be cured by lingering in cozy museums and cafés – or by the fact that hotel rates tend to drop after the fun and frenzied holidays, when the crowds thin out. Plus, experiencing a New York City snowstorm, when noise gets muffled and jaded cityfolk act like wide-eyed kids, is quite a heartwarming treat.

The Montauk Branch of the Long Island Railroad, Montauk Highway, and the Hampton Jitney provide connections to the rest of Long Island and to New York City, while ferries connect North Haven and Montauk to Shelter Island and Connecticut.

The Hamptons occupy the South Fork of Long Island.

They form a popular seaside resort, one of the historical Summer Colonies of the American Northeast.

New York City is a center for media, culture, food, fashion, art, research, finance, and trade. It has one of the largest and most famous skylines on earth.

The New York Metropolitan Area spans parts of three states—lower New York, northern New Jersey, and southwestern Connecticut. It is the USA's largest metro area, with a population of 18.7 million. As of 2007, it was 5th in the world, after Tokyo, Sao Paulo, Mexico City and Seoul.

New York can be anything you want it to be. It’s why countless people have pinned their dreams on the place, thrown caution to the wind and shown up on its doorstep.